20th January 2019 Granollers we are arriving!

At 5.40 a.m. we met up in the parking lot of Convitto and, after waiting for Iacuzzi, we left for Venezia.

After delivering our suitcases we checked in without our teacher Mr Cantarutti that was going to the wrong counter for the boar​ding.

Luckily, the security control was quick but we had to wait for Camilla that couldn’t find her phone (it was in her bag).

Then we went to the gate where we waited to be boarded.

At long last at 9.00 a.m. we boarded and half an hour later we were flying to Barcellona. Some mates were a bit anxious (weren’t you, Bozzi?).

At 11.10 a.m. we landed at the airport and we went to take suitcases. These, besides mine (Raffaele), took ages to arrive and the conveyor continued blocking.

As soon as all the suitcases (completely wet) arrived, we went to the terminal 2 and we had lunch. After lunch we caught a train to Granollers.

At 2.10 p.m. we was hosted by the families with enthusiasm and we went home where we settled down.

In the afternoon we met up in the centre and we took a ride, the spanish guys showed us the city and then we ate crepes.

Our French mates should have arrived arrive at 7 p.m. but they arrived at 9 p.m. and we obviously waited for them outside the station. In the meantime, we got to know our mates.

When the French arrived we went home and, after having dinner at 10 p.m., we went to bed ready for the next day.

After the first night spent in the families, we visited the school!!! The teachers made a speech (we understood more in Catalan than in English) and they showed us the copious classrooms, where the curious students stared at us all the time. These rooms are much smaller than ours and the school, even if is enormous, looked ancient. In addition to the classrooms, there were even some labs: a chemistry laboratory, where the steam was being studied by the students, a mechanics lab, where some cars were being disassembled and some rooms where the students were focused on manual skills. Even if we did not understand our mates very well, during the break we played together for 30 minutes. Generally speaking, we started to assemble our robots, to file our parts and, the hardest part, to try to understand our mates. After that, our new friends took us to the Town Hall to meet the city major. There, some Spanish translated his speech. Later, our mates expressed our gratitude to the families that host us. Martina was interviewed by a local TV: she explained the project generally speaking. Somebody tried to do the same with the major, and had to read (guess who!!!). After the trip at the Town Hall, we walked around the city and we took a lot of photos. We ate the “Churros”, a fried local speciality mainly composed of happiness, boiling oil and full of fat and lipids. Finally, we returned home, ready to meet the following day.

At 9 am we met at school for working on the robots. Given the amount of work that we have to do, namely we had to organise the space for all the components of the arm, of the display and of the motherboard, we split up the duties. After nearly 3 hours, we went for lunch and we had: eggs on rice with tomato. Then we caught the bus for going to a factory to observe a mechanical arm, know its ability and understand how it works. It could pick up objects and move packages of differents size and reorder them depending on size and weight. Then they said to us that these machines are extremely sensitive, thanks to some sensors, and very accurate. If it finds little imperfections in the packages’ layout, it will discard them and it will send them in a sector where they are checked manually.

Later we caught the bus to return downtown and to go to their respective houses.

At 8pm we met to have dinner together : It was an exhilarating night full of laughter.

Today, like the other days, we went to school at 9. Unlike the other days we didn't work together on the robot but every group was divided into two subgroups. While the first group was finishing the robot the second one was working on the documentation, the power point and the brochure. For lunch we went to the same restaurant of the previous days. In the afternoon we returned to school to work, again we worked in small groups so we were able to do as much work as possible. Luckily all of the groups were able to complete the robots, but for the brochure there is still work to do.We finished 5:30 p.m. and we went together to Granoller center until 8 p.m.The day ended with the return of all to the houses waiting for another wonderful day in Spain!

Today we went on a trip to Barcelona.

The works began in 1882 and the architect Gaudí built only the front part. The architect is buried in the crypt of the cathedral.

The light inside is very special thanks to the colorful windows that create a magnificent atmosphere.

- Casa Colmat, built between 1906 and 1911. It is characterized by curved figures and details of modernism.

- Fuster House, built between 1908 and 1911 in a rationalist style embellished with floral motifs and trefoil windows. The building is made of marble and rests on sturdy pink columns.

- Palace of the Baron de Quadras, which was restored in 1902 in neo-Gothic style on one side and Catalan modernism on the other

- Casa Batllò, made of sandstone, rests on columns similar to elephant paws. It is characterized by particular curved lines that recall the non-existence of the straight line in nature.

After visiting these amazing buildings we went to eat in a park.

On a full stomach we could admire the streets of Barcelona and take some souvenirs for families and friends before returning to Granollers.

This morning as usual we woke-up at 8 for preparing for going to school at 9.

Indeed each group finished assembling the robots and completed the powerpoints. We used the robots for our presentation.

When everything was over, we all returned to our houses for having lunch and we had a walk through the city to appreciate it better it.

I (Gioele) don’t know what my mates did but when I arrived home I ate some plain rice and I had the pleasure to try a typical colombian dessert with a taste similar to baked potatoes. In the afternoon I stayed in my room resting myself because I was still tired by the long walk that we had in Barcelona and at night I didn't sleep very well because I had caught a cold.

Now we’re going downtown for meeting all the others and after that we’ll have dinner all together in the school.

After ending the week of work on robots, with success, today I woke up calmly… I woke up at 12 and later I (Giove Andrea) ate with Jaume’s family (the boy who is hosting me), and I ate a delicious paella and salad with tomatoes. Afterwards we played pictionary in English and we had a lot of fun.

At 3 we started to prepare to meet, Tommaso, Camilla, Gabriele and their Spanish partners at “La maquinista”, the biggest shopping center in Spain. There we had a break and we ate a sandwich in a bar. Later we took the train for Barcellona. We arrived at 4:30 and then we walked around, we went shopping spree and we saw “Placa de Catalunya”.

At 7 p.m. we were in Granollers where we met Gioele and Agnese and we decided to eat kebab in the centre. It was amazing! At the end we went home thinking that this remarkable experience is about to end...

We met at the station, all sad, at 9.40 AM. After greeting and crying, we left for Barcelona’s airport.

After boarding luggages we decided to move close to the gate, with a little bit of panic, because Iacuzzi couldn’t find his ticket.

After landing, with the usual anxiety, we took our luggage (his time they arrived right away)

Unfortunately, due to a misunderstanding with the driver, we had to wait an hour and a half for his arrival at the airport, but, according to him even the best gets wrong!

Our magnificent experience is over, It gave us lots of emotions and we have made a lot of friends. We will certainly remember them for all our life.

The epic journey for the french team

It's the final countdown: France, end of the project 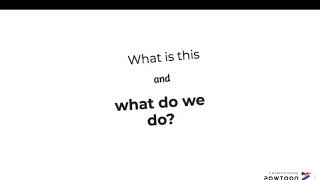 20th January 2019 Granollers we are arriving!